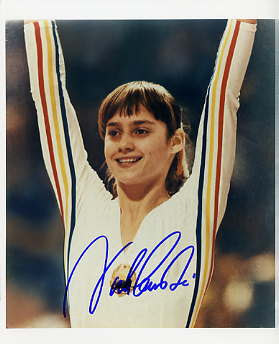 Football (soccer) is the most popular sport in Romania.[196] The governing body is the Romanian Football Federation, which belongs to UEFA. The top division of the Romanian Professional Football League attracted an average of 5,417 spectators per game in the 2006–07 season.[197] At international level, the Romanian National Football Team has taken part 7 times in the Football World Cup, and it had the most successful period throughout the 1990s, when during the 1994 World Cup in the United States, Romania reached the quarter-finals and was ranked by FIFA on the 6th place. The core player of this "Golden Generation"[198] and perhaps the best known Romanian player internationally is Gheorghe Hagi (nicknamed 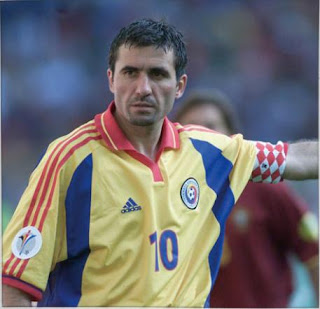 the Maradona of the Carpathians).[199] Famous currently active players are Adrian Mutu and Cristian Chivu. The most famous football club is Steaua Bucureşti, who in 1986 became the first Eastern European club ever to win the prestigious European Champions Cup title, and who played the final again in 1989. Another successful Romanian team Dinamo Bucureşti played a semifinal in the European Champions Cup in 1984 and a Cup Winners Cup semifinal in the 1990. Other important Romanian football clubs are Rapid Bucureşti, CFR 1907 Cluj-Napoca and FC Universitatea Craiova.

Tennis is the second most popular sport in terms of registered sportsmen.[196] Romania reached the Davis Cup finals three times (1969, 1971, 1972). The tennis player Ilie Năstase won several Grand Slam titles and dozens of other tournaments, and was the first player to be ranked as number 1 by ATP from 1973 to 1974. The Romanian Open is held every fall in Bucharest since 1993.

Romanian gymnastics has had a large number of successes – for which the country became known worldwide.[200] In the 1976 Summer Olympics, the gymnast Nadia Comăneci became the first gymnast ever to score a perfect ten. She also won three gold medals, one silver and one bronze, all at the age of fifteen.[201] Her success continued in the 1980 Summer Olympics, where she was awarded two gold medals and two silver medals.

Romania participated for the first time in the Olympic Games in 1900 and has taken part in 18 of the 24 summer games. Romania has been one of the more successful countries at the Summer Olympic Games (15th overall) with a total of 283 medals won throughout the years, 82 of which are gold medals.[202] Winter sports have received little investments and thus only a single bronze medal was won by Romanian sportsmen in the Winter Olympic Games.
Posted by Daniel Filipoiu at 19:21