Lamit Sports Cup - 18-20 May 2012
Lamit Sports, is pleased to announce that the clay shooting competition Lamit Cup will be held between the 18th and 20th of May 2012 in Bucharest – Romania. We would like to extend a warm welcome to all our friends, being them hunting or clay shooting enthusiasts. After each contest day we invite our competitors and guests to dinner and introduce them to the Romanian traditional hunting cuisine. 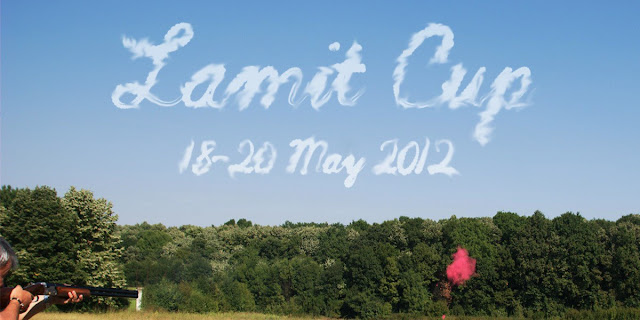 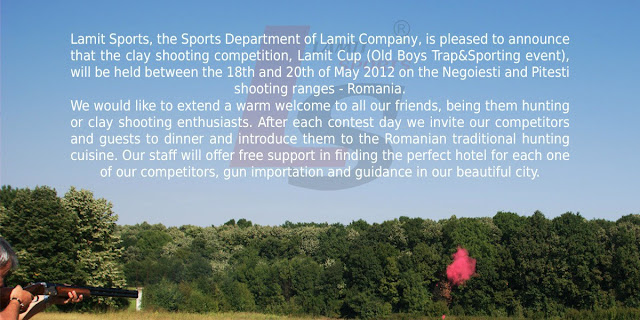 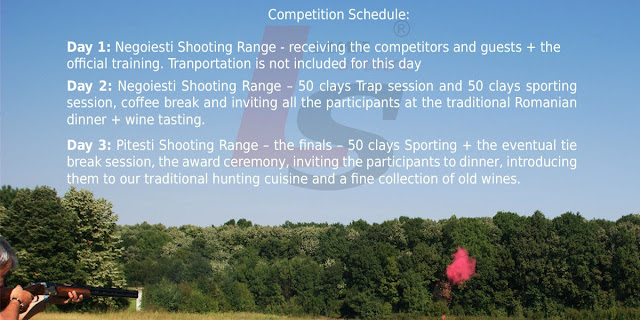 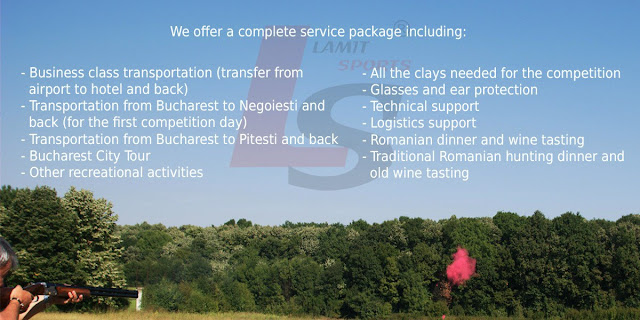 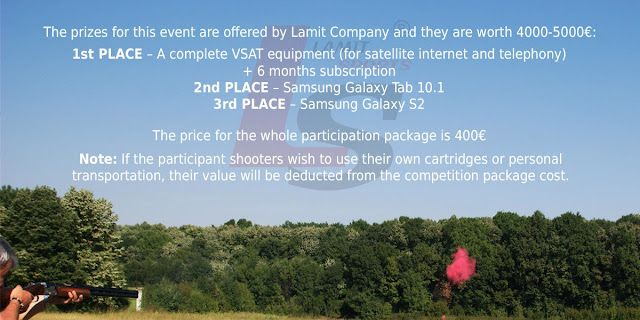 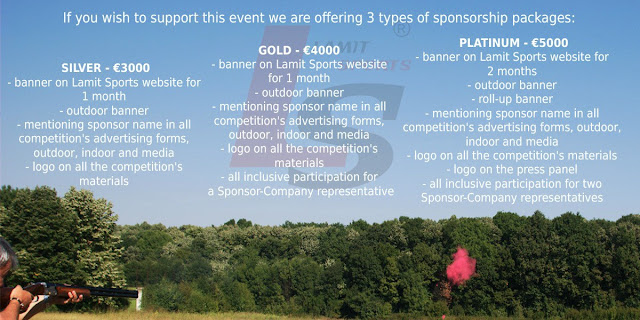 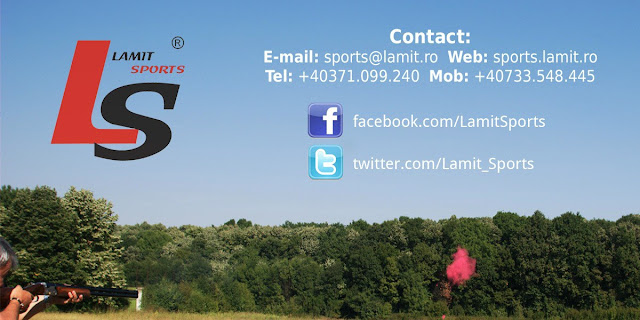 More details about the event you can find on Lamit Sports website
Posted by Daniel Filipoiu at 17:38 1 comments 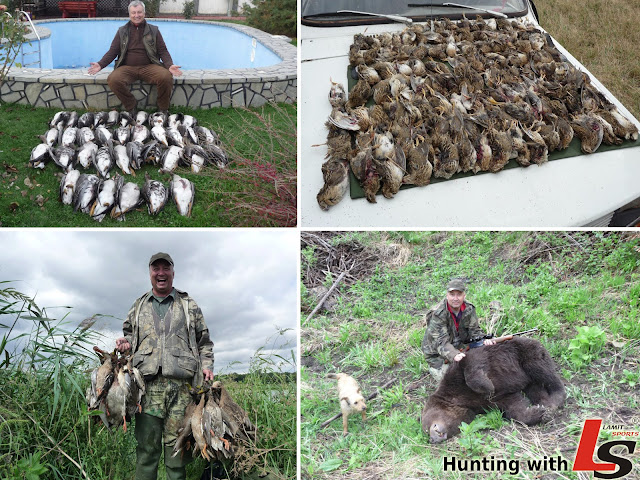 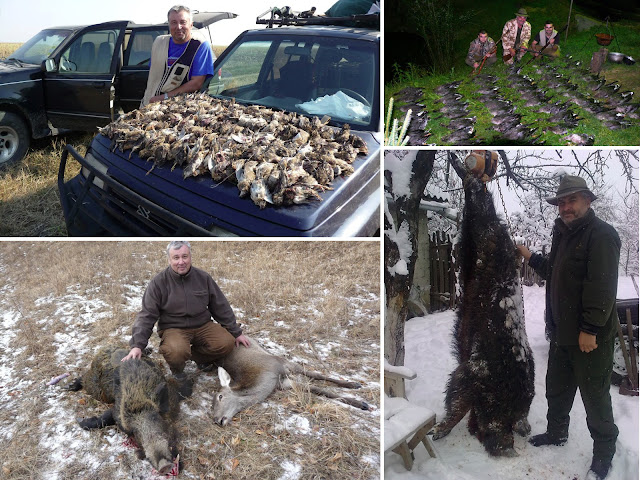 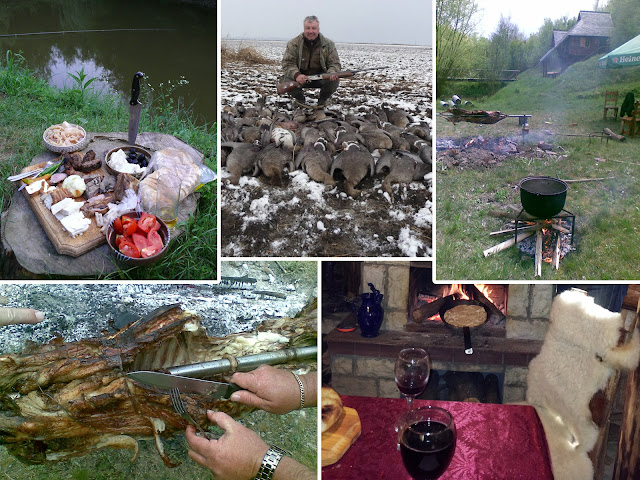 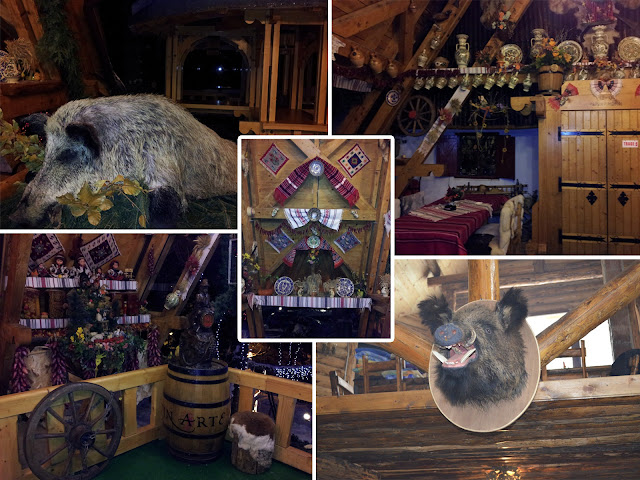 Prince Charles is in love with The Beautiful Romania

Prince Charles could finally become king... of ROMANIA, thanks to his ancestor Vlad the Impaler

He is already the longest serving heir apparent in British history.
So if Prince Charles ever gets too bored of waiting to accede to the throne, then he might just be tempted to have himself crowned King Carol 111 instead.
Central European newspapers yesterday were alight with speculation that the Prince of Wales could be anointed the next King of Romania if the country’s monarchy is restored.

Related: Speculation has mounted that Prince Charles could be crowned king of Romania after he revealed in a recent interview that he is related to bloodthirsty Romanian ruler Vlad the Impaler
The last royal ruler, King Michael – who reigned from 1927 to 1930, and again from 1940 to 1947 - was forced to abdicate by the country’s new Communist leaders, who threatened to carry out mass executions if he refused to step down.
Romania went on to endure decades of communist government, most notably under dictatorial party leader Nicolae Ceausescu who ruled the country with an iron fist from 1965 until he was deposed and executed in 1989.
Admittedly, it is unlikely that he will ever be a serious contender for the throne as the deposed King, Prince Michael, is still alive – albeit rather elderly at 90 – and has family of his own.
Despite the reintroduction of democracy, in recent years there have been increasing calls for the monarchy to be restored.
And after he revealed in an interview just a few weeks ago that he is related to historical Romanian ruler Vlad the Impaler – the bloodthirsty nobleman who inspired Dracula – Charles’s name has now, bizarrely, been thrown into the ring.

Connections: Prince Charles further cemented his links with Romania when he held a private meeting with Romanian tourism minister Elena Uldrea at Clarence House last week
But local newspapers have taken great pains to point out that as well as his ‘stake’ in the throne through his ancestor Vlad, Prince Charles’s mother, Queen Elizabeth II, is also third cousin to the deposed King whose great-great-grandmother was Queen Victoria.
The rumour mill went into further overdrive when the country’s powerful tourism and development minister, Elena Udrea, flew to London last week to meet with Charles at Clarence House.
The meeting was not publicised in advance, although pictures were subsequently released, and the glamorous Udrea subsequently spoke of her host in glowing terms and said Romanians should be more like Charles and ‘appreciate the country they live in’.

Links: Queen Elizabeth met Romanian President Ion Iliescu, at Buckingham Palace in 2004 (left) - but her ties with the monarchy are stronger - she is third cousin to Romania's King Michael (right) who reigned from 1927 to 1930 and again from 1940 to 1947 - but was forced to abdicate by the country's new Communist leaders
Newspapers have even gone so far as to speculate that Charles could give up the British throne in favour of his popular eldest son and heir, Prince William, to become the next King of Romania instead.
They say the suggestion has such currency it is the reason its rattled president, Traian Băsescu, has launched a series of attacks on the former King Michael and the monarchy in general.

Iron fist: Romania endured decades of communist government, most notably under Nicolae Ceausescu who ruled from 1965 until he was deposed and executed in 1989
Intriguingly Charles is incredibly passionate about Romania. Indeed, he loves the area around the Carpathian Mountains in Transylvania so much that he has bought a holiday home in the region and recently said in an interview: ‘The genealogy shows I am descended from Vlad the Impaler, so I do have a bit of a stake in the country.’
Charles secretly bought the simple, white-washed property in the heritage site of Viscri in 2005 with the help of the Mihai Eminescu Trust, a British-based charity which works to preserve Romania's historic Saxon villages from destruction, of which he is patron.
He paid £18,000 for the three-bedroomed, 18th Century farmhouse.

Viscri lies in a picturesque valley in the heart of Transylvania, north-west of Brasov, and is comprised of men and women of mainly of Romanian and gypsy origin.
It has already won many of  Europe's highest awards for cultural restoration and economic regeneration.
Charles has visited the village several times and is so taken with the simplicity of local life that he holidays there each summer.
He and his security team sleep in the traditional white-washed village house - complete with wooden truckle beds and outside toilets - and drink locally-pressed organic apple juice.
The house is rented out to overseas tourists when the prince is not in residence.

Clarence House last night confirmed the prince had a meeting with the Romanian minister but declined to be drawn on the nature of their conversations.
A spokesman did, however, say the prince was very fond of the country and pointed out that he already owned properties in the region.
But senior royal sources have dismissed the speculation as ‘ridiculous’.

Passionate: Charles paid £18,000 for this property in the heritage site of Viscri in 2005, and has since holidayed there every year

Have a look what was that summer in my Beautiful Romania, at Liberty Parade 2010.

Let's start with the beginning :

The official movie of Liberty Parade 2010


Above and Beyond Show at Liberty Parade 2010


I hope you like what you see, and next year you 'll be there and hove some fun and why not met some nice people or some nice girl or guys.
Posted by Daniel Filipoiu at 11:28 0 comments

This weeks in Romania Clubbin:

Liberty Parade was burn in 2001


We are waiting you on 24 July on beach between Venus and Saturn in Constanta (Black Sea)
Posted by Daniel Filipoiu at 19:02 0 comments